Jim Brown has experienced a wide range of legal and legislative experience over the past 50 years.  He received his undergraduate degree from the University of North Carolina, attended Cambridge University in England, and received his Juris Doctorate from Tulane University in New Orleans, where he served as president of the law school student body.

He has extensive criminal law experience, and has handled criminal trials and appeals throughout the Louisiana criminal court system.  Jim has counseled numerous clients in prison procedures, legal options, and how to deal with life behind bars.

As a former Louisiana State Senator, Jim was chairman of the Senate judiciary committee, and wrote many of the current criminal laws in place today.  He also has served as Louisiana’s elected Secretary of State and Commissioner of Insurance.

Besides being active in his legal and prison consulting practice, Jim also hosts a syndicated Weekly radio program that is heard in many states throughout the country. He also writes a weekly column that appears in numerous newspapers and websites throughout the South. 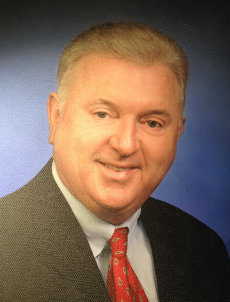 Aaron Broussard was a high-ranking public official in Louisiana for many years, but he ended up going to a federal prison for 3 years. Since his release from federal custody in 2016, he run a prison ministry that provides prison counselling for those going into federal prison, and helps those coming out of prison to transition back into the workplace. He continues to share testimony about prison life and need for prison reform at public gatherings.  Since his federal probation ended in 2018, he has been providing prison counseling on a professional level across the country.

Aaron has a compelling new book titled BEHIND THE FENCE-How to survive your time in federal prison.  This first-rate study of what is involved in preparing for prison is a must read for any individual who is required to serve time in a federal prison.  Full information and how to order can be found in our publications section on this site.

Aaron also has an innovative prison reference website that is filled with information and inspiration for those who may face a prison term or have family members in such a predicament.  You can read it by Clicking Here.

Aaron can be reached at AaronBroussard@Brownprisonconsulting.com or (504) 559-1962.